I write to you from the beautiful city of Granada, Nicaragua, offering a first-hand report of the current situation on the ground here. In case you are unaware, this spring brought demonstrations against Nicaragua President Daniel Ortega’s government, leading to clashes that resulted in tragic loss of life.

Trek Safaris has maintained a hunting presence here since 1990, when Daniel Ortega’s first Sandinista Party was voted out. In fact, our hunting groups were some of the first tourists back in Nicaragua after a ten-year absence. After some hard work and a complete government overhaul, several democratic elections came and went with less-than -stellar leadership performances from Presidents Chamorro, Aleman and Bolanos.

While the economic compass for the country was not set during this period, Nicaragua was a safe and inexpensive option for hunters, and once landowners retained their property rights, farmers did what they do best; they farmed. Trek continued to develop its relationships with Marvin and Richard Townsend, who produced dove hunting in the new agricultural sector, along with duck lagoons around Managua.

Oddly enough, it wasn’t until Ortega’s second stint as president in 2007 that the economy in Nicaragua started to flourish. The new Ortega became an overnight sensation for implementing productive, capitalist measures while retaining the support of his socialist party. Tourists flocked to this safe and warm country and investors were encouraged. Trek and our clients benefitted greatly from this period of enlightenment.

Ortega has become a very rich man while overseeing major economic developments here, but tourists and investors flocked to this once confused and dazed nation and suddenly traveling to Nicaragua was in vogue. Trek’s business here also grew steadily with its move to the Chinandega area in 2002, and has nearly doubled with the addition of dove hunting programs in the Granada area at Mombacho Lodge. This year was no different, with dove hunts scheduled from June-August and duck hunts, always a favorite, full until mid-February of 2019.   But in April, Ortega’s plans to raise taxes and reduce social security benefits led to a firestorm of protests, causing serious conflict and out-of-control media coverage for the last four and a half months. Throughout the summer, Trek maintained constant contact with our partners in Nicaragua, and we worked hard to offer alternative destinations for dove hunters scheduled to Nicaragua in July and August. 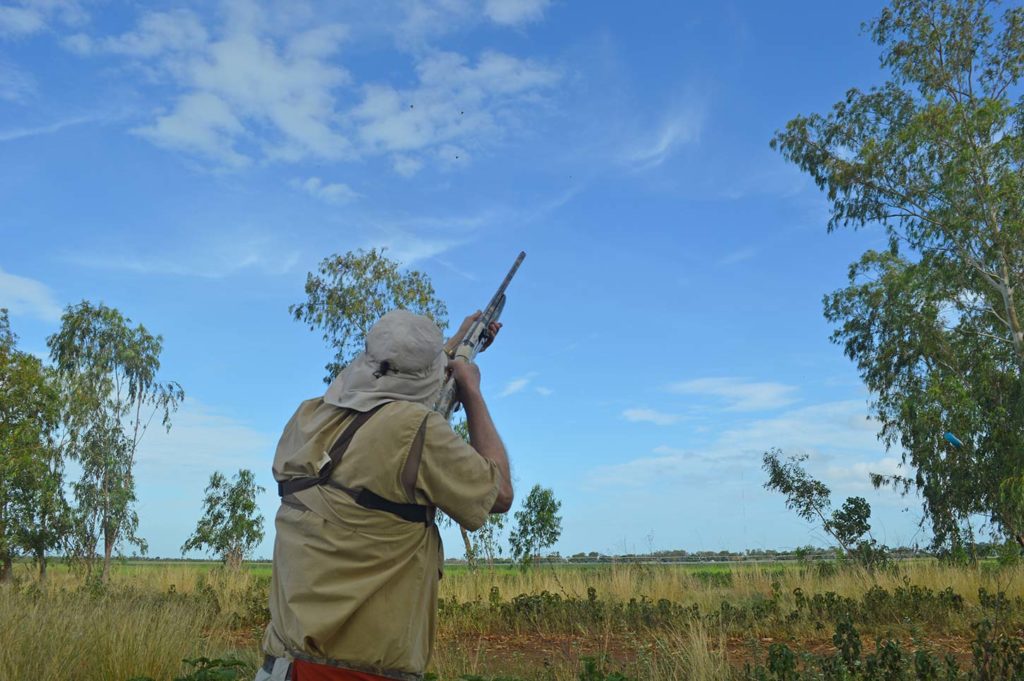 Since late July, Ortega tightened his grip and rounded up the last of the demonstrators; Nicaragua was more than exasperated with the downturn in tourism and the frazzled economy and seemed ready to get back to work. So, I decided to visit the country in late August.

I was quite encouraged by the resiliency and positive attitudes I encountered, from shoeshine boys at the airport to hotel owners and staff. Managua was bustling, as always, and I got the sense from everyone that they were very happy to see American tourists and encouraged by what they hope will be a return to some semblance of normalcy. 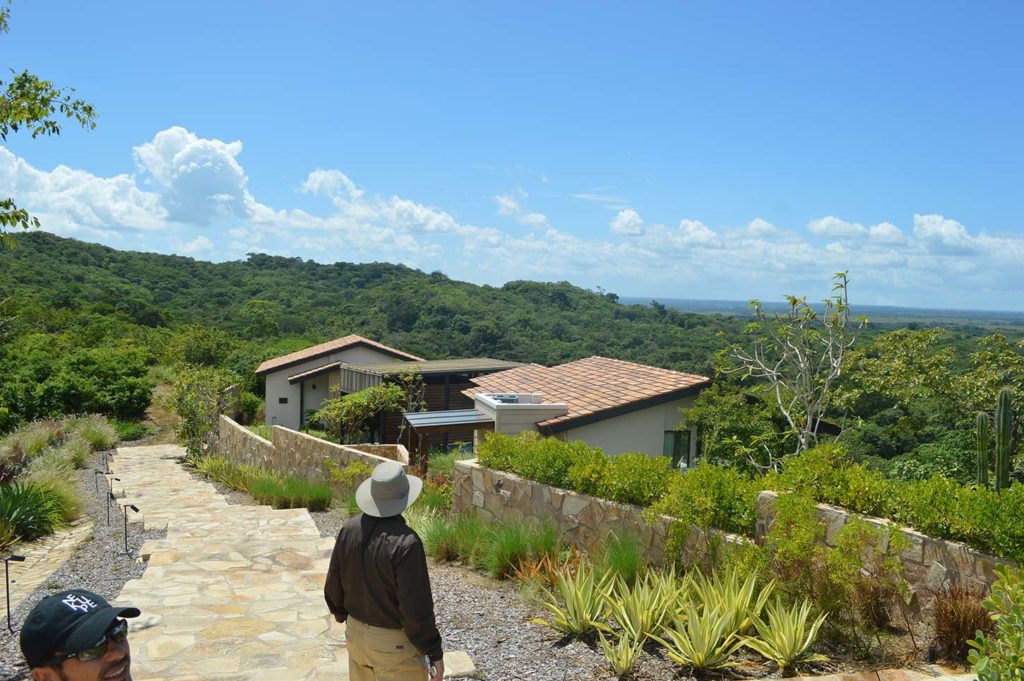 Dove hunters scheduled or planning trips to Nicaragua this fall or winter have few other options available, with the exception of Mexico, which has its own set of problems and lacks quality outfitters. We are working on offering a hunt in Mexico we feel is safe and productive, nevertheless I believe those who have enjoyed Nicaragua in the past will see little if any difference this year, especially in Chinandega, where they were not as affected as much by the unfortunate incidents. 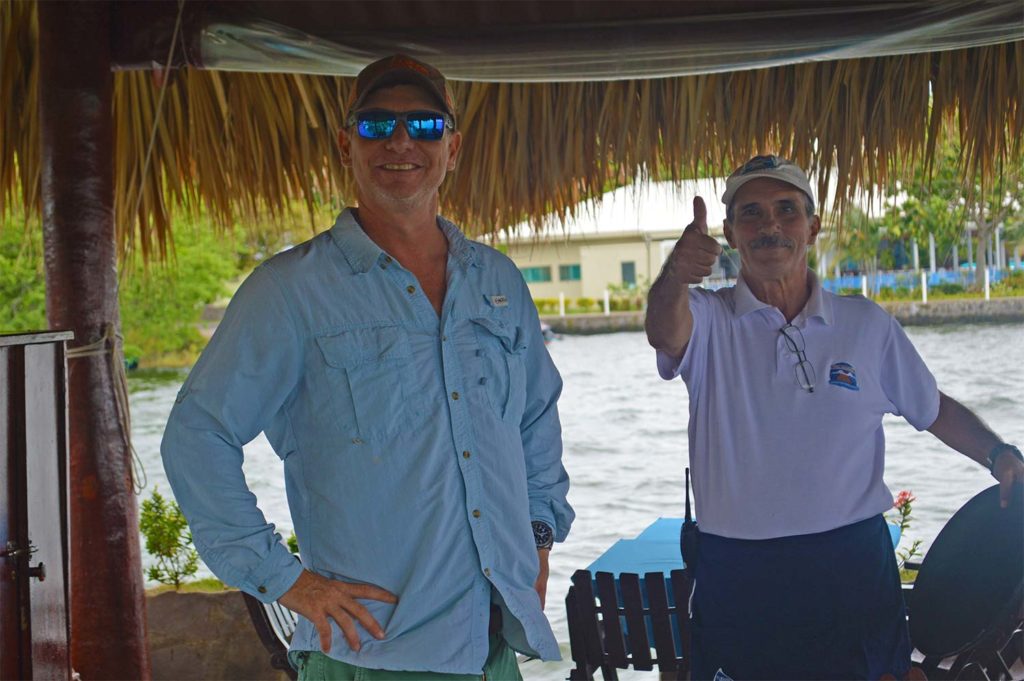 In summary, no one can predict the future, but I write this while hunting with a group in Granada, and we are enjoying ourselves immensely without regard to any past issues. Our outfitters and staff are ready and eager to receive those of you already booked and will be open for business for those looking for a great dove hunt.   It is our responsibility as your agent representing Nicaragua and our programs there to accurately report real-time travel conditions. This is a responsibility we have never taken lightly and do not now. Our record of adhering to these principals has guided us for the last 45 years, and will continue, without compromise.

Thoreau wrote that “many men go fishing all of their lives without knowing that it is not fish they are after.” Among many interpretations of this quotation is that fishing connects anglers with nature and one another in a way that traces back to the origins of mankind. Connecting with our fellow anglers is an edifying […]

Family, Fishing and Fun in Costa Rica = The Best Father’s Day Ever

Trek and our partners in Los Suenos, Costa Rica, have your Father’s Day hook-up this June. And we can assure you the pun is not only intended, but also a certainty— as Los Suenos offers both an unparalleled blue-water fishing experience and a host of exciting activities that do not involve a rod and reel.

Morocco is THE Global Hotspot for Cultural and Sporting Adventure

Morocco is having a moment right now, as it sits atop nearly every published list of the hottest international destinations for adventure travel. Having experienced this majestic country extensively in planning and hosting adventures for numerous Trek client groups, we can confirm the acclaim is long overdue. Riding in a caravan of camels across the […]

Cordoba’s Dove Season Pause is an Investment in the Future

Cordoba, Argentina — Trek International Safaris is proud to support an agreement to a dove season contraction in Cordoba, Argentina, which all regional outfitters unanimously and voluntarily entered into last year. As a response to Argentina’s worst drought in a century in 2017-‘18, this agreement effectively pauses all dove hunting in the Cordoba province during […]

No visa will be required for US citizens traveling to Brazil after June 17, 2019. In addition to our regular season Amazon Floating Cabins Adventure dates listed below, we are excited to offer a few lucky anglers a rare exploratory peacock bass fishing expedition into the relatively untouched waters of Brazil’s Rio Preto. The Rio […]

The picturesque country of Bolivia has long been a popular destination for adventurous anglers and wingshooters alike. A crown jewel among Brazil, Peru, Chile and Paraguay, this country is rich in agricultural and natural resources and lays claim to being one of the most biodiverse locations on earth. With altitudes ranging from just under 300 […]

WRAPPING UP AN INCREDIBLE Nicaragua Duck and Dove Season

From the questions the Trek team received during the recent SCI shows, one may have surmised the story of the 2018-19 Nicaragua duck and dove season actually played out in the spring of last year. In Reno and Dallas, we continued to receive a high volume of inquiries about the country’s sociopolitical climate; meanwhile an […]

What You Need to Know When Taking Your Guns To Argentina

Shortly after booking his first dove hunting trip to Córdoba last year, our client Mike asked about taking his own gun with him on the adventure. We typically recommend that our clients leave their guns behind when traveling to Argentina, to minimize stress and time required for the day of travel and customs experience. Having […]

“Bebê!” the guide exclaims in Portuguese, excitedly pointing to the water a few meters ahead of the boat. A succession of small bubbles rise up through the root beer-tinted water, each one delicately popping as it reaches the surface. On Brazil’s Rio Negro, this effervescence is an indication of baby peacock bass schooled up beneath […]

Nicaragua Teal Season Off to Typically Strong Start Chinandega, Nicaragua — As the first major migration of ducks flock to their wintering home on Estero Palo Grande Lagoon in northwestern Nicaragua, Trek’s first groups of duck hunters of the 2018-2019 season are returning home with reports of robust blue-winged teal action. With Nicaragua’s rainy season […]

For anglers, Patagonia’s trout are unquestionably the fish species most closely associated with destination travel to Argentina. But if you prefer your sportfish with a more savage disposition capable of producing drag-melting runs and tarponian acrobatics, Argentina’s Paraná River is, quite literally, a gold mine. Golden dorado appear to have an inferiority complex about their […]

Secrets for an Unforgettable Fly Fishing Trip to Cuba

Few destinations in the Western Hemisphere evoke as much curiosity as Cuba. And even fewer deliver an experience that so closely matches what resides in your imagination. Some friends and I recently returned from a fly fishing trip to Cuba organized by TREK International Safaris. It’s a journey we will always remember for the incredible […]

You've Worked Hard For This
Let's Make It Perfect!

Get started by filling out the contact form below or give us a call!

Trek is known for planning the most unforgettable adventures for our clients. We've been in business since 1973 for one reason: we always place the quality of your travel experience as our #1 priority.
Complete our contact form and let's get started!

Exclusive offers and fresh from the field reports.